KT0138/A2024901136/VBEHBE5172702110 catalysts are used by the German Mercedes brand. They have an asymmetrical, flat shape and numerous lateral convexities on the cover. Outlets are arranged on different planes. One is located on the side, the other is directed in turn at an angle upwards, acting as an extension of the catalyst. Their length does not exceed 45 cm, but the weight is 1.74 kg. The retail price on March 8, 2019 is PLN 1,359 (EUR 315,90). At DS AUTO collection points, prices are assumed to be around 23% higher than in other purchases. We often receive signals from our customers that the price of this model can be significantly understated.

These ceramic catalysts were used in the Mercedes Benz W 163 models in 1999. Produced by Zeuna Starker. 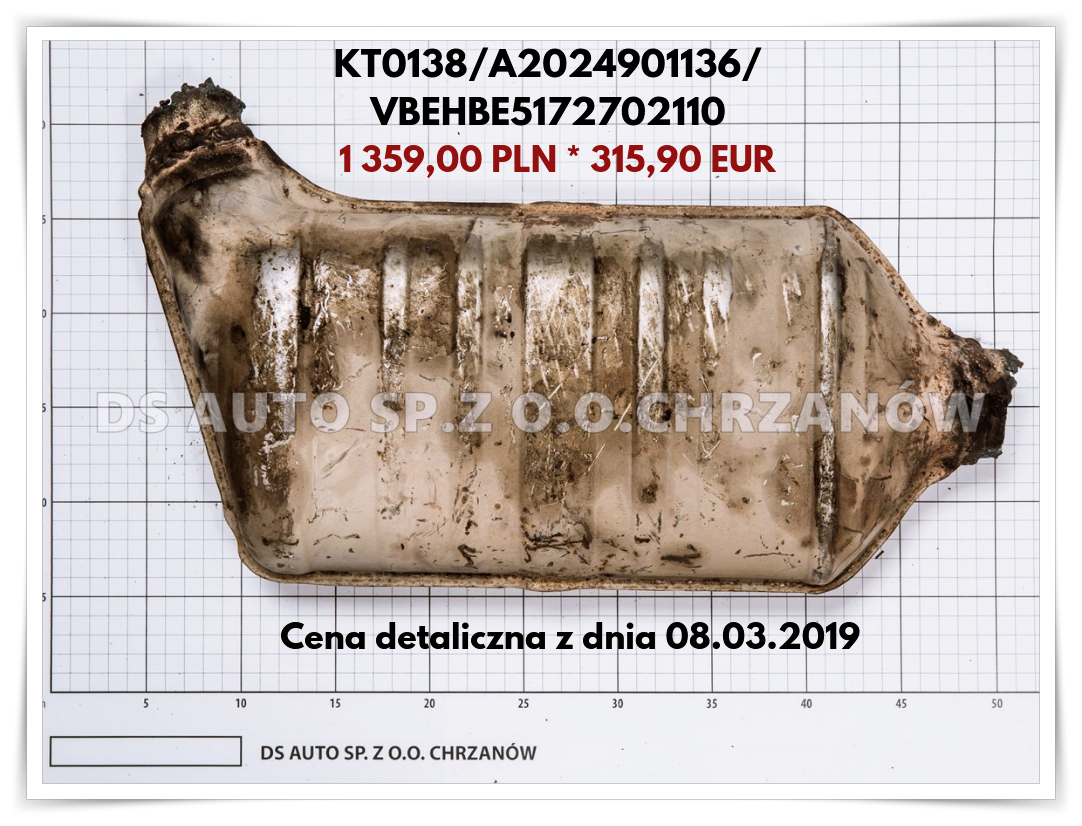 Mercedes Benz W 163 is a luxury ML class car. It is the first SUV brand. It is also the first Mercedes, whose production took place in Vance near Tuscaloosa (Alabama, USA). In order not to use the naming used by BMW, it was decided to change the M symbol to ML. It belongs to the first generation and for the first time it was shown to the world in 1997 in Frankfurt during the automotive show. He also made his debut in the USA.

Production lasted from 1997 to 2005. In 2001, facelift was decided, which resulted in the modification of the appearance of the rear lamps, as well as the inclusion of direction indicators in the mirrors.

It has a high towing capacity, which is typical for this type of body. It’s great for pulling heavy trailers. In 1998, the car won the prestigious title of the North American Truck of the Year. The range of engines consisted of six petrol versions, of which the ML55 AMG version could be considered the best. The maximum speed that could be achieved with it was 235 km / h, and the acceleration time “up to hundreds” is 6.8 s. There were two diesel versions – ML270 CDI and ML400 CDI. SUVs were available from 5 to 7 seats with an optional third row. The designers put a lot of emphasis on safety. The M class was the first to be equipped with electronic stability control. It is a system designed to detect the loss of driver control over the car and to initiate automatic intervention through selective braking. The car is also equipped with front and side shock absorbers that can detect the presence of a passenger in the front seat, which made the W 163 model achieve the highest possible rating in crash tests. To facilitate driving in difficult off-road conditions and to perform well on snow, it has been equipped with a four-stroke electronic traction system – 4-ETS. 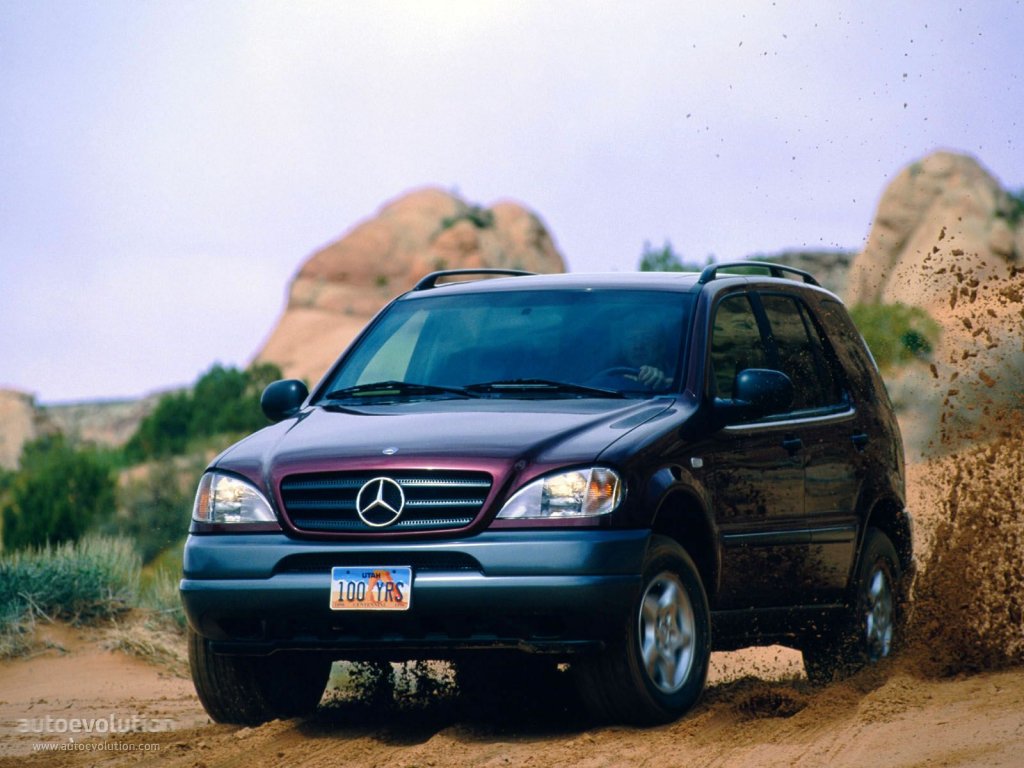 It is worth mentioning that the car in June 2002 was used to build a papamobile for John Paul II. Later he also served his successor – Benedict XVI. The vehicle was equipped with a bulletproof windshield, air conditioning was installed in the cabin, and the engine was reinforced to reach 170 km / h in case of emergency. 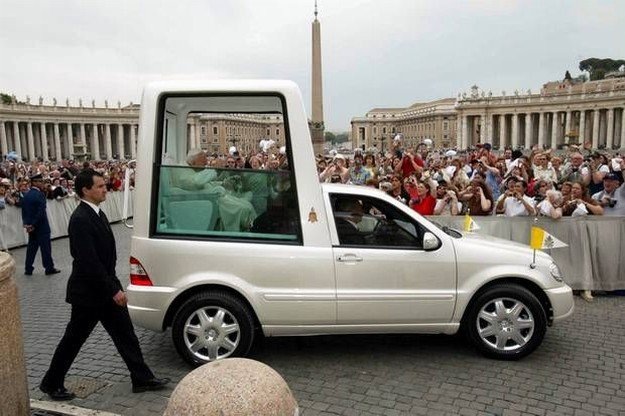 The first generation was replaced by Mercedes Benz  W164 in 2005.

What are the user opinions about driving?

They strongly advise against the diesel version. One should take into account the greater risk of failure of the flow meter, turbocharger or injectors. The heel of the model is, however, suspension and attention … clogging catalysts, which makes the cold engine go out right after firing.

If you also have a similar problem, do not worry! Remember to sell your clogged catalyst at one of the nearest collection points.

The price list of the other catalysts from the brand can be found here.