Catalysts 5CJ are used in the production of the Mitsubishi Galant model with a 2.5-liter engine in 2000-2003. They are characterized by a large size – the length reaches 55 cm. The contribution weight is over 1.5 kg. This catalyst is oblong, flattened edges and quite symmetrical in shape, not counting the outlet ends. You can check the current price on the website model or in the brand’s price list Mitsubishi. 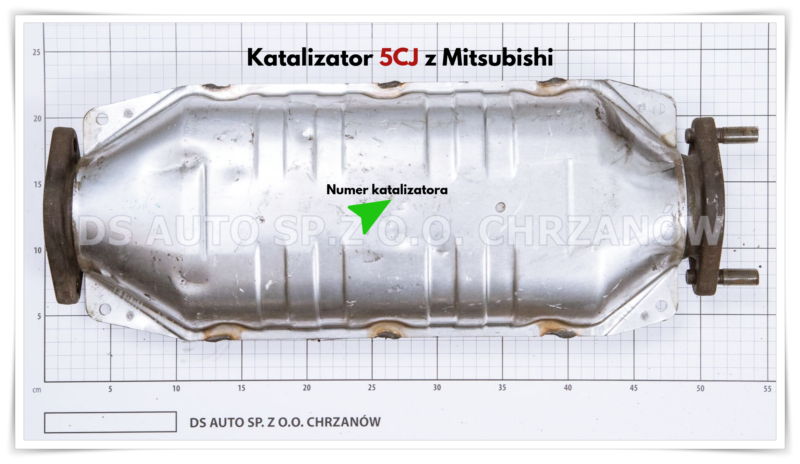 Galant is a car that was produced by the Japanese manufacturer Mitsubishi in the years 1969-2012. The name of the model comes from the French word galant, meaning “knightly”. There were nine different generations, with total sales exceeding five million units. Production began with a compact sedan, but over the years Galant was transformed into a medium-sized car. Initial production took place in Japan, but from 1994 the US market was served by vehicles assembled at the former Diamond-Star Motors (DSM) plant in Normal, Illinois.

The first generation of the car, initially known as Colt Galant, was released in December 1969 in the new Japanese Mitsubishi salon called Galant Shop . The project was named by Mitsubishi “Dynawedge”, referring to the effect of aerodynamics on the silhouette of the vehicle.