Today we will briefly introduce you to the story of the Opel Meriva.

Meriva is a mid-range minivan, produced in two series from 2003 to 2017. Its successor was the crossover SUV – Opel Crossland X, whose construction was based on the mechanics and chassis of Peugeot. It was the first model born from the takeover of the PSA group.

Meriva was located between Agila and Zafira. During the design work, the constructors received extremely precise guidelines regarding the flexibility of the passenger cabin. The concern was that the car should have the highest possible quality of performance. All this to allow her to compete with top-class cars, such as Mercedes Benz A-class.

The car was presented in May 2002. Officially, however, he was shown in Geneva the following year. Sales began shortly thereafter in the spring. Production started in Brazil and Zaragoza in Spain. The characteristic feature of the car is a rounded body, resembling the shape of an egg. The front resembles the Corsa C design, whose mechanical solutions were used in the production of Meriva and Vectra C. The round back was characterized by vertical headlamps, placed high on the sides of the glass. Similarly to Zafira, it was decided to create a large tailgate with a low bottom, facilitating the loading of heavy luggage, and the use of FlexSpace. The car has 5 seats in two rows. Undoubtedly, its strong feature is the modularity of the interior. Probably this trait determined the strength of the model and its competitiveness. 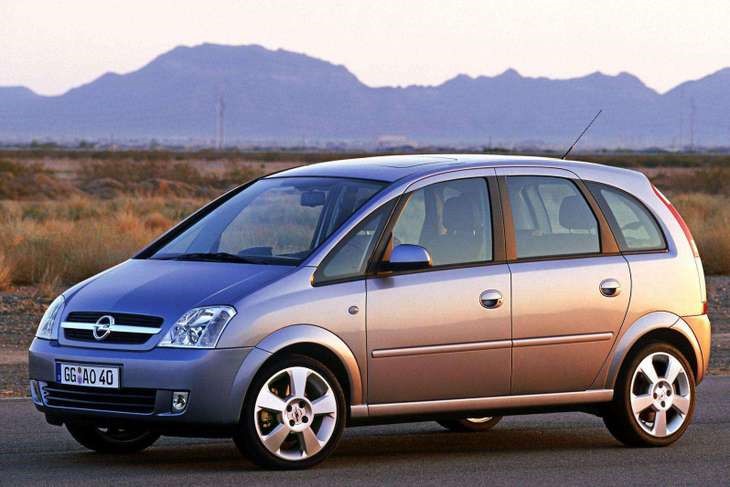 Meriva was based on the Corsa C chassis. There were also typical standard solutions when it comes to mechanics. However, a few innovations have been made – for example regarding effective energy dissipation at frontal impacts.

The car was available with a manual 5-speed gearbox. Later also introduced 6-speed and sequential, Easytronic.

For owners, extensive equipment has been prepared, even in the basic version. Attention was paid to safety and driving ergonomics. Already in the basic version, we can find a double airbag, side airbags, ABS and air conditioning. In richer versions we can find curtain airbags, xenon, parking sensors, sunroof or active headrests. Later, the ESP system, halogen spotlights and satellite navigation were provided.

As for the engine versions, initially there were 3 cylinder units with four valves: 1.6, 1.8 petrol version, and 1.7 DTI. The choice of gasoline engines was extended already in 2004 by version 1.4. In 2005, the 1.3 CDTI common-rail turbo diesel also joined the range.

In 2006, it was decided to have a small facelift. The grille has been modified to include transparent front headlights and polished rear lights. This moment was also used to supplement the offer with Meriva OPC, which was equipped with a 1.6-liter engine with up to 180 hp. In addition, the twinport version 1.6 was introduced, followed by a 1.3 CDTI with up to 75 hp, which received a DPF filter.

In 2008, during the Geneva Motor Show, the concept car Meriva B was presented, which was to be the last generation of the car. The car aroused considerable surprise with its innovative external appearance. They are equipped with the FlexDoor system – so-called “Cabinet System”, which allowed the rear door to open at an angle of 84 degrees, contrary to the direction of the car. It was a big surprise. What made the model stand out the most was the new door opening system. This way of opening was tested already in 2005 on Meriva A. A year later the final look of the car was shown. Production began in 2010.

Interestingly, the second generation was a significant evolutionary step compared to Meriva A. Both in terms of dimensions that became larger and modern look, which in its style resembled Opel Astra and Insignia. The vehicle was extended by 24 cm and widened by 12 cm. Its main competitors were Mercedes-Benz B class, and Scenic X-Mod.

In 2013, a facelift was carried out, which resulted in the modification of the radiator grille, bumper and shape of lights.

To facilitate the ride comfort and loadability of the car, a series of solutions have been developed and patented. All this to maximize the modularity of the internal space. 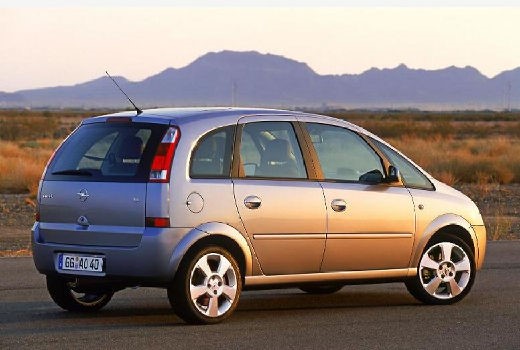 That’s how 5 important systems were created: FlexDoors – that is, opening the “wardrobe” door, which was really known already in the thirties in the Opel Admiral or in the 50s in Lancia Aurelia; FlexSpace, allowing any rear seat sliding independently from each other; FlexRail; FlexFix – a removable bicycle rack connected to the rear bumper and FlexFloor – a double bottom for storing private luggage.

It is worth mentioning the appearance of the 1.3 CDTI model with the Start & Stop system. This system allows the engine to be automatically switched off during forced stops, for example in the case of traffic jams or traffic lights. Used to reduce fuel consumption and, what is very important, to reduce the amount of exhaust gas escaping from the exhaust system.

The greatest advantages of the car, which are emphasized by its owners, are spaciousness, driving comfort and good visibility, practicality and low maintenance costs. Defects include poor motor units and insufficient noise suppression.

The possibilities resulting from the modularity of the interior can be seen in the model’s advertisement.

The prices of used catalysts from Meriva or other Opel models can be found in the catalog.