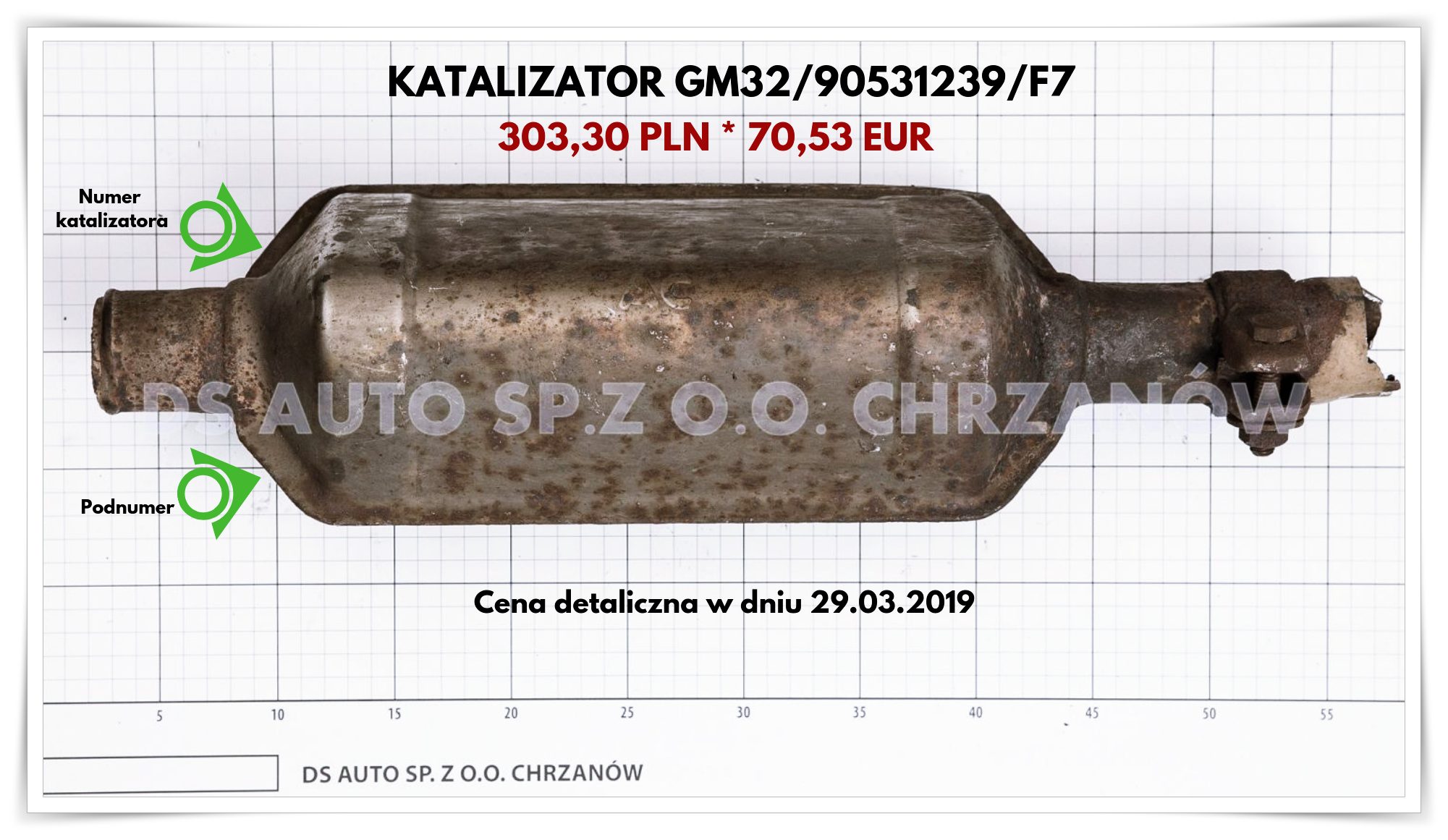 We have already written about the Astra on the occasion of an article devoted to the GM22 catalyst. This time we will pay attention to Zafira. 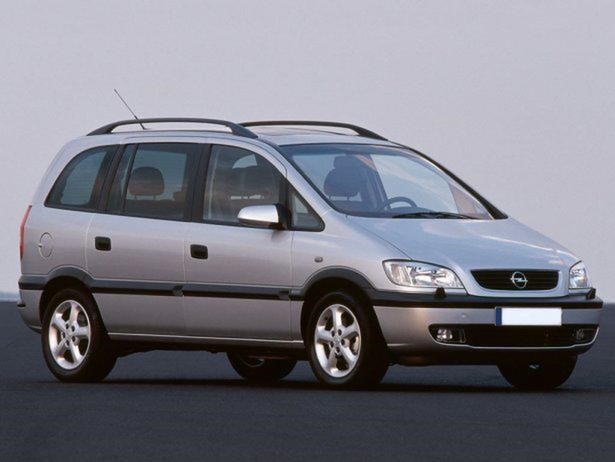 Zafira is a minivan from the C segment. It has been produced in three series since 1999. Its design is based on the Opel Astra platform and the mechanics. Opel, creating this car, wanted to offer consumers something compact and practical, especially after the fiasco that ended with the launch of Opel Sintra. This model was not able to compete with other large minivans, despite the large spaciousness and agility. He was accused of poor finish and lack of credibility when it comes to security. Zafira was to become an alternative to the then-popular Megane Scenic.

The first generation existed in 1999. Technical solutions from Astra G were used for its production. Its entry into the automotive market was successful and gave rise to two more series. From the third, the model adopted the name Tourer.

The first series – Zafira A – was produced until 2005. What distinguishes him from the Renault van is its size and capacity. The car was supposed to be a compromise between smaller sizes and large capacity, as befits a minivan. In 1997, when the new Astra was presented in Frankfurt, Zafira was also presented as a conceptual design to prevent another failure and to realistically assess the chance of a car’s success.

The car’s marketing campaign began in May 1997, while sales were officially launched on April 16, 1999.

When it comes to aesthetics, we see a huge nod to Astra G, especially when it comes to the front of the car and its edges. The car seems to be slimmer than its main competitors and have more subtle and delicate shapes. A plastic list ran along the entire length of the car body. What you should pay attention to is a practical, wide flap from the luggage compartment, aligned flush with the bumper. Thanks to the appropriate profiling, loading large and heavy luggage has been definitely facilitated. The stylistics of the passenger cabin remained simple and classic. The whole interior has been designed with great caution. All this to get the best use of space. What gave Zafira advantage is also seven seats arranged in three rows. In this respect, the competition was pale and did not offer too many options. In addition, the possibility of folding the last row seats together or individually was introduced to increase the load capacity of the luggage compartment. This system, called Flex 7, was a pioneering solution at the time. In other brands, it was necessary to remove unused seats and leave them at home to make room for the luggage compartment to expand. As a result, instead of the luggage compartment capacity – 150 liters, Zafira was able to boast up to 600 liters. A similar solution was used in the Mitsubishi Space Wagon, but it was not as flexible as in the case of Opel. 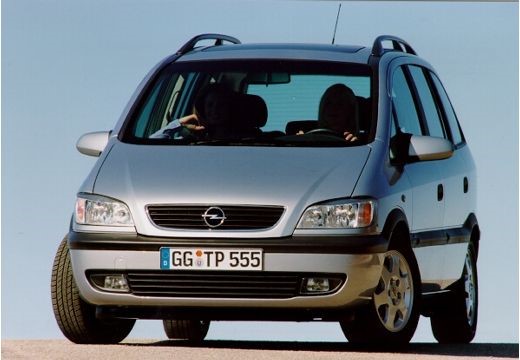 Zafira used the Astra G floor, but in this case it was necessary to increase the wheelbase by about 10 cm. As a point of honor, the creators set themselves up, creating a safe car. The vehicle is provided with a rigid structure with good shock absorbing properties. The front frame is designed to absorb energy in the event of frontal collisions. During a side impact, passengers were protected by special anti-burglary bars on the door. Similarly, when it comes to mechanical issues, the Astra systems were used – the MacPherson suspension, the automatic disc, the identical control unit in ABS. Only brake discs were used a bit larger. At the beginning, there were two engine versions available: 1.6 and 1.8 – with four valves. Their power was respectively 101 and 115 hp.

Optionally, the car could be equipped with anti-theft, cruise control, sunroof or even an automatic gearbox.

In 2001, Zafira 2.0 16v Turbo OPC appeared, which can be considered the first sports MPV. The maximum power was 192 hp, and the engine came from the Astra OPC. The bodywork also had a typically sporty character. At the end of 2001, a methane version also appeared. On the Italian market, known as Zafira Eco M.

In 2001, Zafira 2.0 16v Turbo OPC appeared, which can be considered the first sports MPV. The maximum power was 192 hp, and the engine came from the Astra OPC. The second generation -B – was produced from 2005 to 2014. The car was presented for the first time at the Geneva Motor Show. Production began in July. The car was characterized by much larger dimensions than in the case of Zafira A, causing that cars that for the first generation were competitors, ceased to be. Interestingly, Citroen, who so far fought Opel with the Xsara Picasso model, after the debut of Zafira B, introduced a 7-person C4Picasso. The carrosserie had a typically sporty character. At the end of 2001, a methane version also appeared. On the Italian market, known as Zafira Eco M.

The creation of the Zafira B project coincided with the debut of Astra H. Cars and they are very similar to each other when it comes to the external construction, which the creators do not hide. It is impossible not to notice the similarity when it comes to front trapezoidal spotlights or a grille with a chrome rod. The interior uses the proven Flex-7 system from the previous version. Of course, the designers did not rest on their laurels and in addition it was optimized to get even more payload. Traveling ergonomics have been improved compared to the first series. There were three equipment versions available: Club, Enjoy and Cosmo.

In 2011, production of the third generation called Zafira Tourer began, although the name “Zafira C” is also allowed, due to the previous nomenclature. The presentation was also held in Frankfurt. Interestingly, the producers maintained the current trend and the next version meant even larger dimensions and a greater level of spaciousness. They also focused on greater modernity. The car is longer by almost 20 cm, wider by 12 cm and higher by 5. The design is more sophisticated than in the case of predecessors. The headlamps are placed in special boomerang housings. The rear flap is topped with a spoiler. The interior has been illuminated thanks to the glass spaces that make the cabin seem even larger. In addition, they provide good visibility to drivers. Production ended in 2018.

You will find the current price of this and 7,800 other used catalysts in our price list.