As we have already written here, 2019 will be rich in interesting price deals in our purchase. Every month, two new promotions will apply, which will give you even more profit from the sale of used catalysts. We would like to remind you that the promotion is valid only for wholesale deliveries and only at the headquarters in Trzebinia at ul. Tuwima 21. Remember also that before your arrival you should contact us to arrange a convenient date of receipt for both parties.

In January, there are two promotions – one of the most popular models – GM20 catalyst, about which you can learn more from our blog, and the catalyst 045178ACB presented in this article. The promotion applies to all models whose initial designation is 045178ACB. 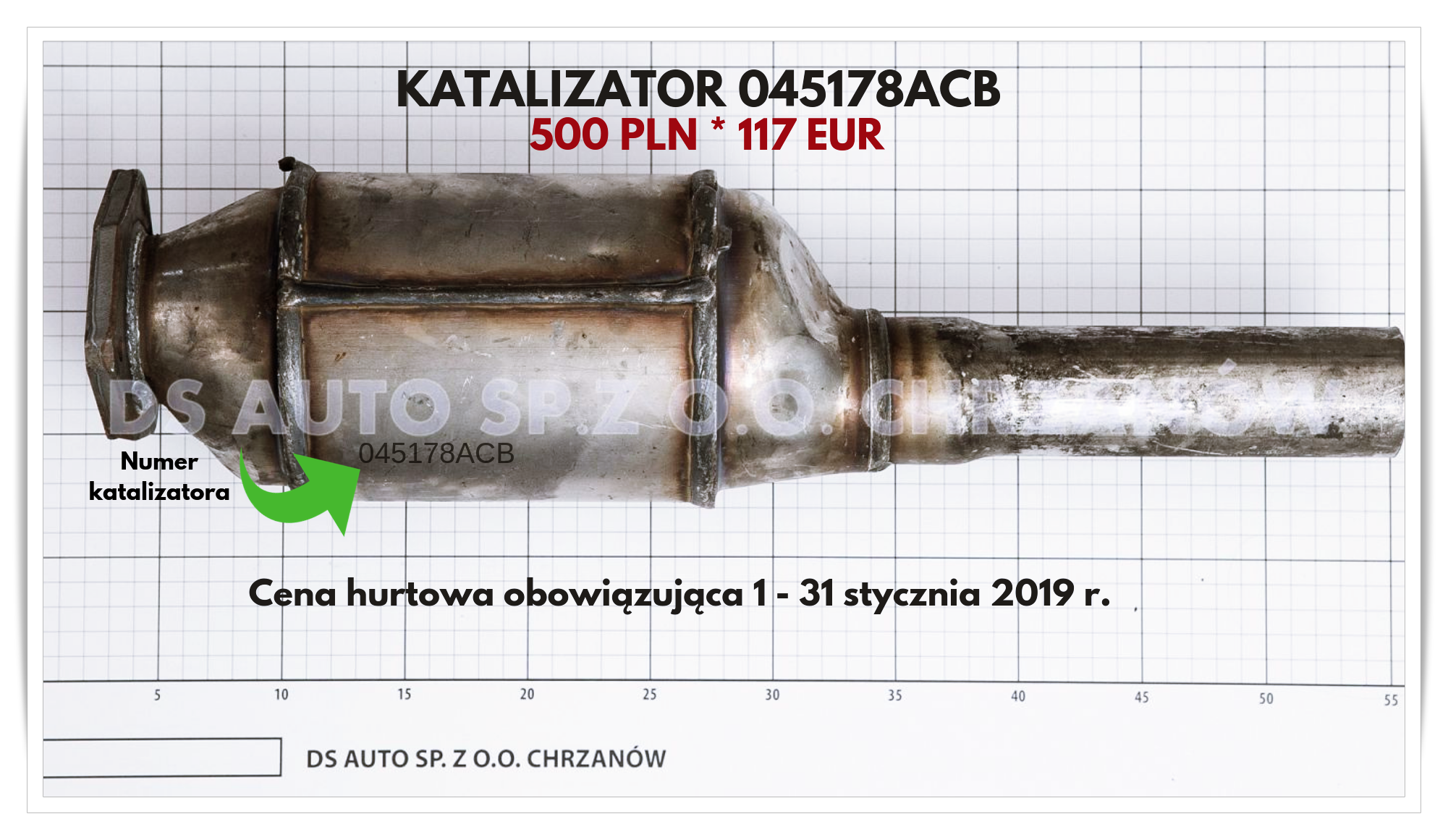 Catalysts 045178ACB, from January 1-31, 2019, will be worth as much as PLN 500. The model number is easy to find and indicated in the picture above. Their weight, depending on the specific model, ranges from 1.17 kg to 1.5 kg. The length is on average about half a meter. Its characteristics are the round shape of the lid and the long, longitudinal outlet. The rust likes to settle on the convexity in the lid. Next to the number of the catalyst, we can often meet such manufacturer’s as “dd”, “jd” or “Germany”. These catalysts are used in such vehicles as VW Sharan and Ford Galaxy 1.9, in the years 1998-2002.

Volkswagen Sharan was really a response to the needs of the then market. In the 90’s of the last century, there was a fashion for family cars of large sizes. Vany fits very well into this climate. Although Renault was ahead of the competition and was the first to introduce such a model – Renault Espace, Sharan made a real sensation in the automotive market. The car was the result of cooperation with the Ford brand, which also used the catalyst model described here, and Galaxy can be considered as its twin brother.

The Ford Motor Company was responsible for the construction of the bodywork, Volkswagen in turn for the design of the drive shaft. Interestingly, Sharan turned out to be unrivaled even for the new Golf III. Its success can be demonstrated by the fact that it was produced until 2010, ie for 15 years, which is not often found. For almost all this period, the first version of the model was in effect. It was only after five years that it was decided to carry out a body lift. Front and rear headlamps were replaced and a new bumper was used. In 2005, it was decided to introduce a diesel version of the TDI with a capacity of 2 liters in the range of engines. The second version was released in 2010. The design was made by Italian designer Walter de Silva, who previously worked for Fiat and even designed a dashboard for our Polish Fiat 125p. The new generation is reminiscent of its Polo V and Golf VI design.

The second generation of Sharana has been equipped with many technical innovations, such as the Front Assist system, a blind spot monitoring system, and the little-known Rear Trafffic Alert, which warns us against a collision while reversing. The new engines have been designed to meet the Euro 6 standard. What Sharany is known for is the enormity of space inside. All seats are adjustable, the front is equipped with wide armrests, and in addition, two additional seats are mounted in the trunk. What drivers complain about most is the poor quality of the plastic that creates the finish of the car. We can also read an aged copy easily from the dashboard and creak. The drivers are also troubled by minor defects, of which there are a lot, which makes driving in the long run difficult. 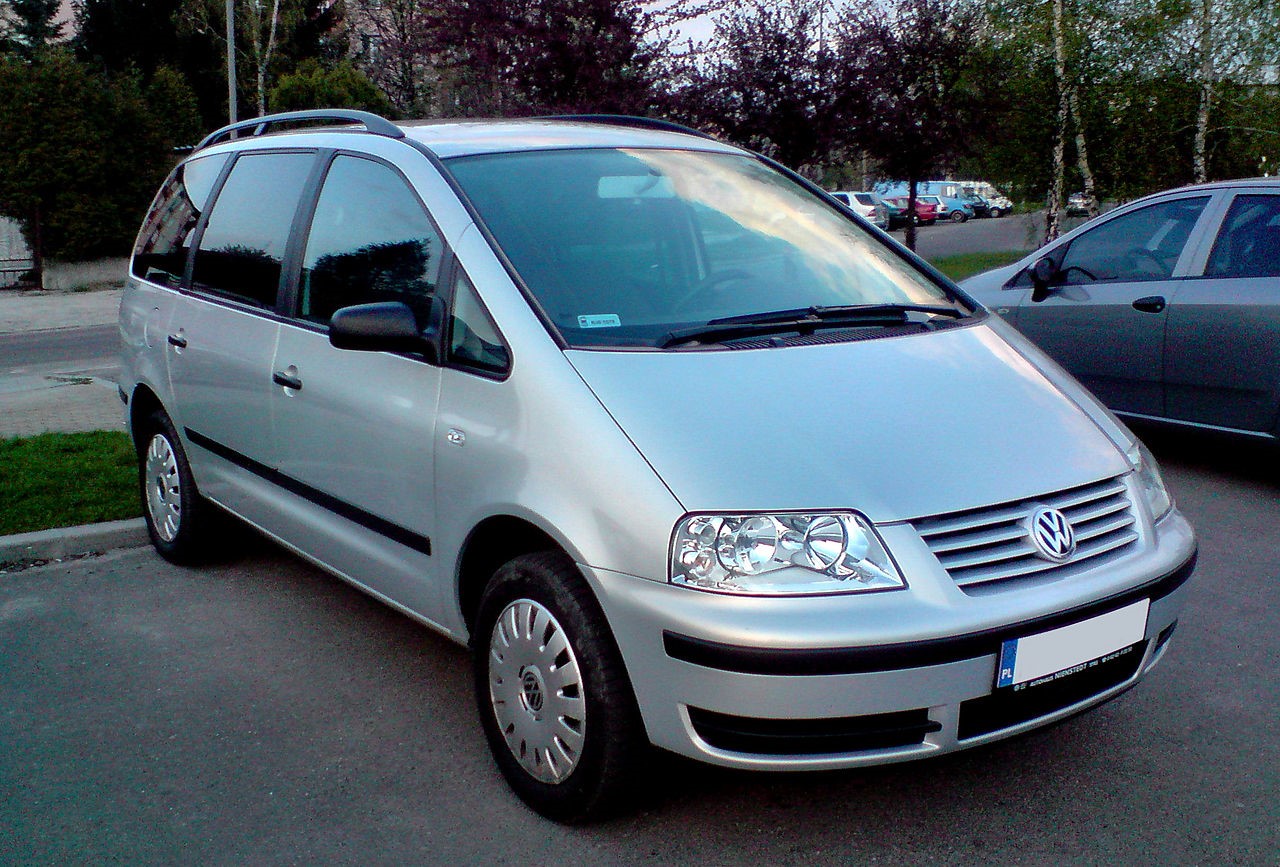 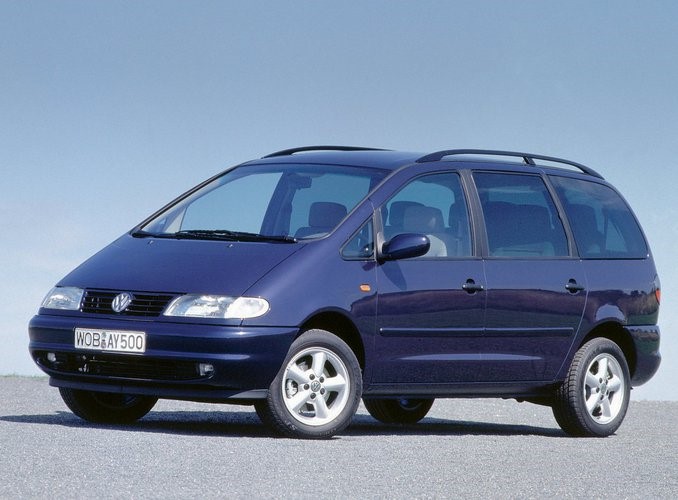 As you can see, the model can be used in an unusual way 😉

The second vehicle that uses 045178ACB catalysts is the Ford Galaxy.

Ford Galaxy is a car “almost perfect” according to the opinion of many experts. Its biggest advantage is low operating costs and high flexibility of seating. His biggest competitors are the above-mentioned Sharan, Seat Alhambra and Ford S-Max, which suits more fans of sportsmanship. Galaxy is primarily a multifunction vehicle, produced since 1995 (debuted in the same year as Sharan). When it comes to the engine, there are several versions of EcoBoost available, but the most praised version is the 2.0 diesel. The first generation of Galaxy was the work of both Ford and the Volkswagen Group. She was formed in the AutoEuropa production plant in the Portuguese city of Palmela. For its production, the VR6 2.8-liter engine was used. The car accommodates seven adults thanks to the flexibility of the rear seats, which can be moved comfortably in one move. Armchairs can move in 10 directions, which gives you a lot of possibilities. To further serve large families, it was designed to have an impressive trunk. Designers did their best to make the car, despite its size and practical solutions, look elegant and neat. It was not a simple task, if we take into account its size – its weight is less than 2 tons, and the length is about 5 meters. With what effect did they succeed? each of you must evaluate it alone. In Ford, it was thought of such practical additions as folding table tops or sunblinds.

In 1999, the vehicle was submitted to the Top Gear automotive magazine survey. At the time, it was rated as the least satisfactory car in the whole of Great Britain, which would somehow contradict the statistics, which showed that even a year earlier, as many as 12,233 copies were sold, overtaking the model’s rival twice. The second generation started to be produced only in 2006. The third – the Ford S-Max was released on the market in 2014, and was presented to the world for the first time during the Paris Motor Show. 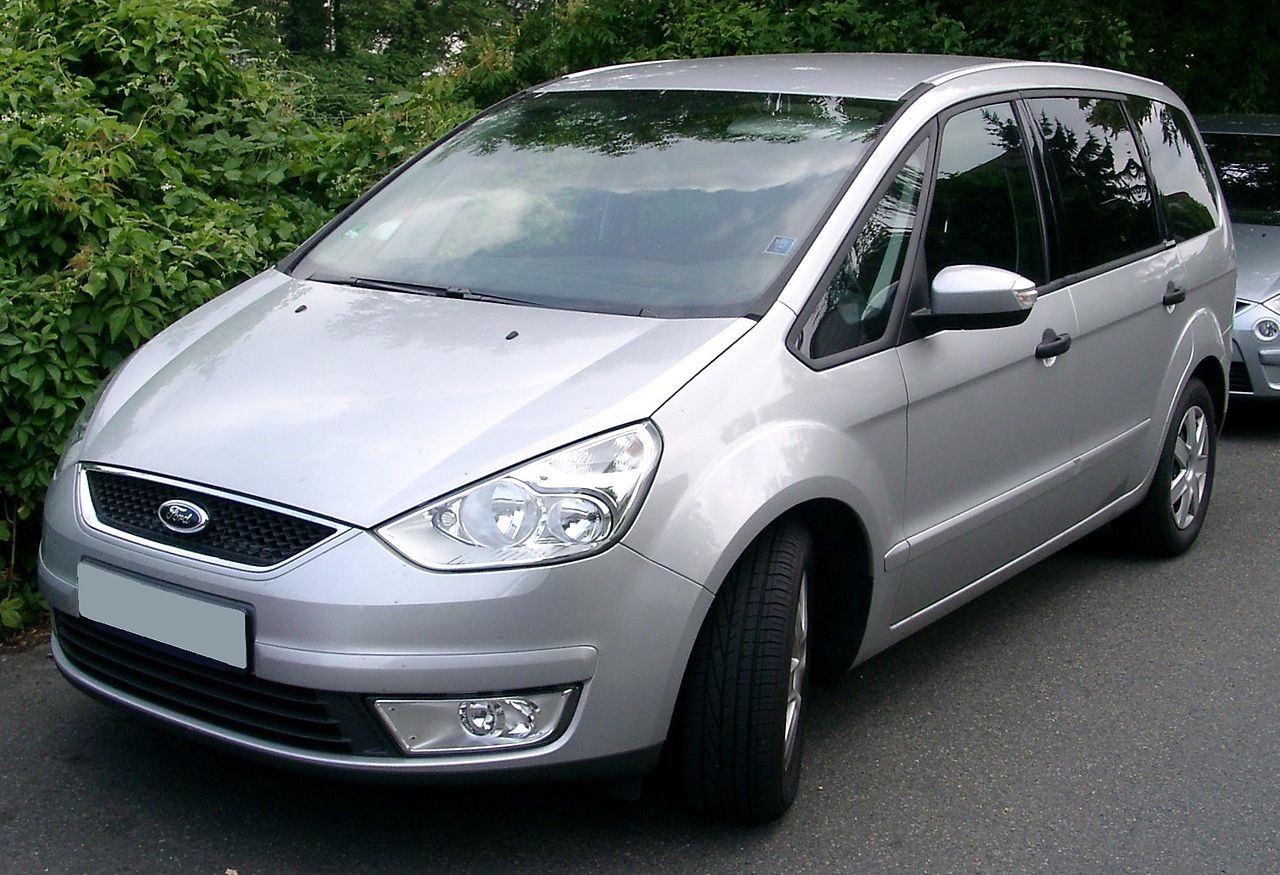 In addition to VW Sharan and Ford Galaxy, the catalysts with the starting number 045178ACB, were monotoned in other models with the 1.9 TDI engine as, for example: Golf IV, Audi A3, Seat Leon, Seat Toledo II, Skoda Octavia I. 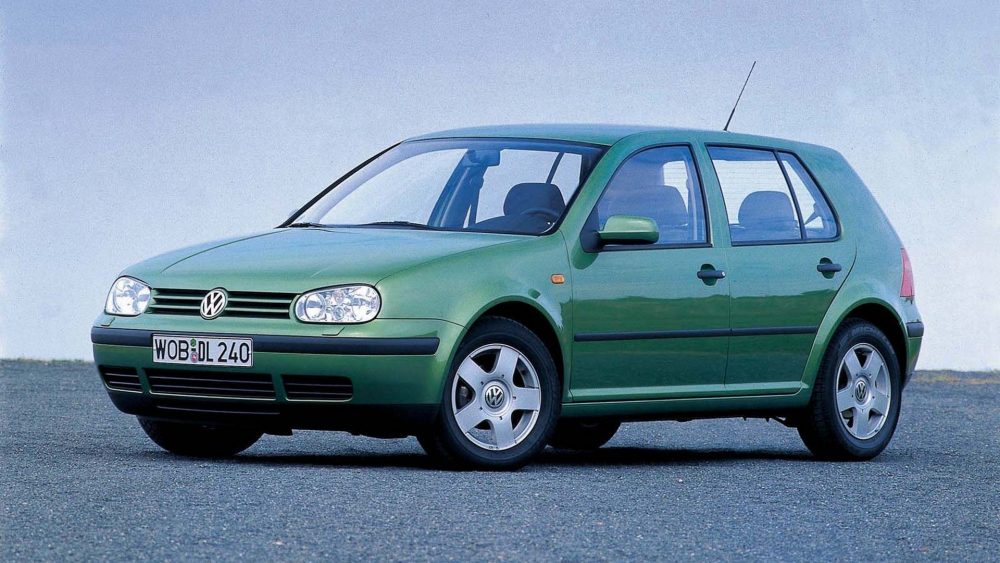 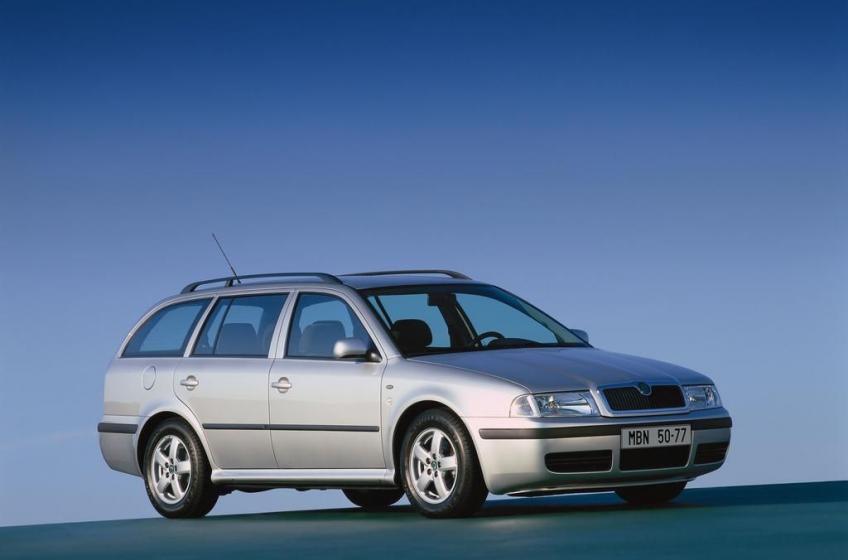 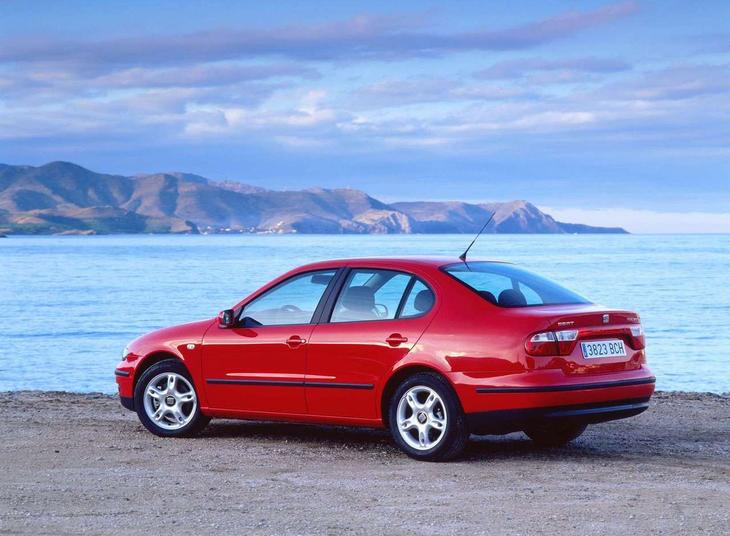