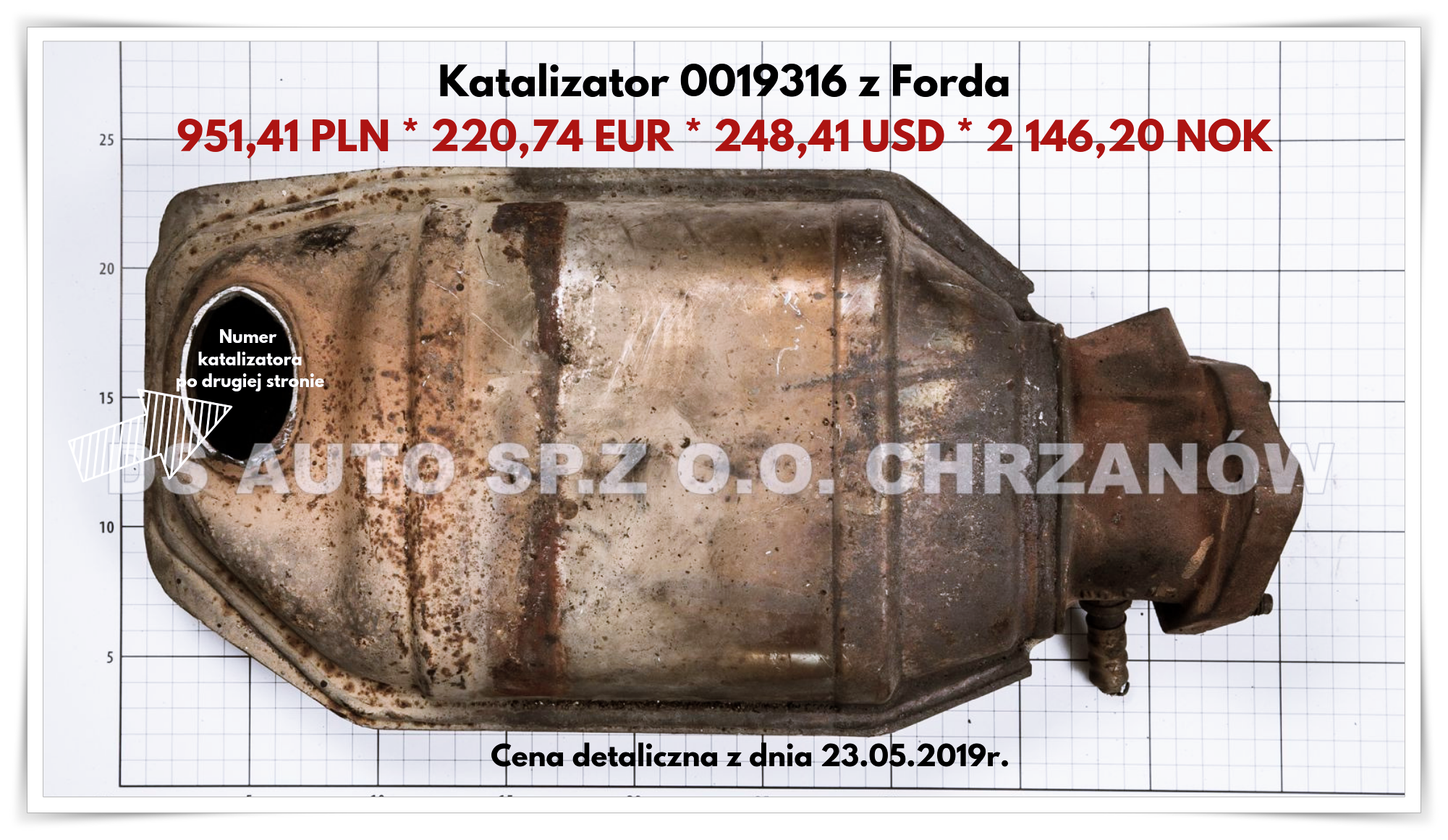 Catalytic converter number 0019316 – comes from Ford cars. It is almost 45 cm long and its weight is 1.3 kg. Its main characteristic is a non-symmetrical, flat shape. One of the side inlets is located at the front of the cover. Used in Ford Focus. 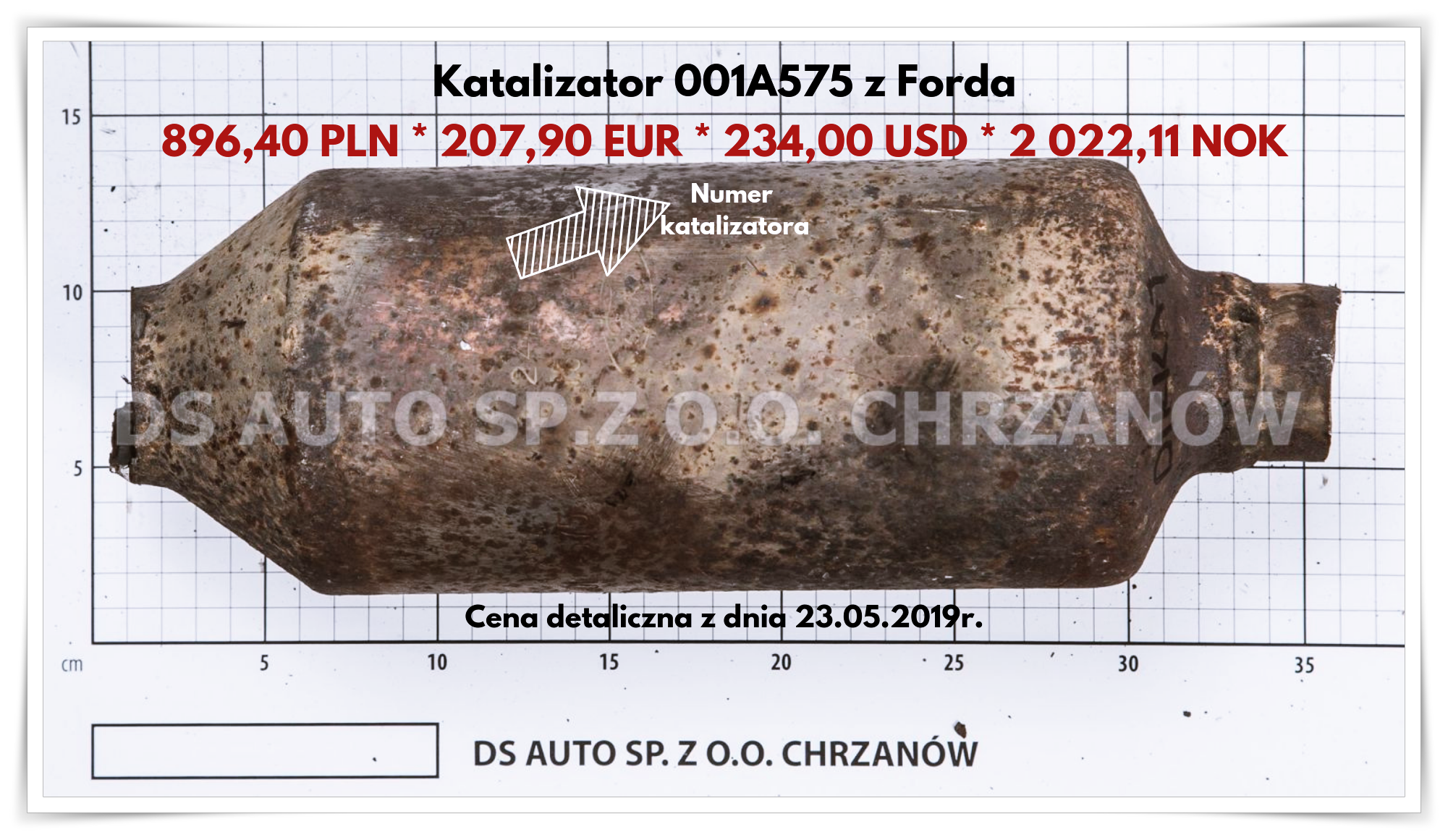 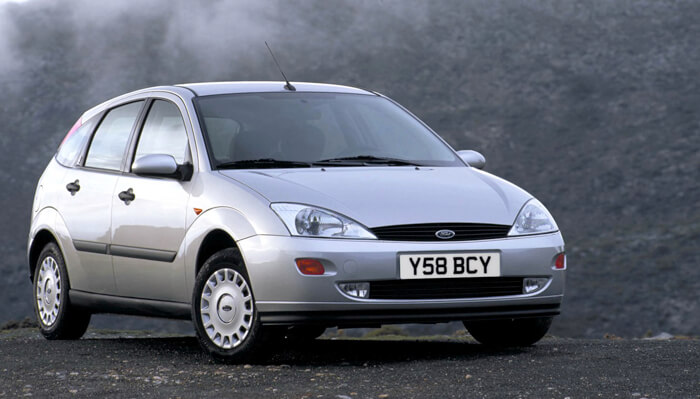 Ford Focus – is a passenger car produced by Ford Motor Company. It was released in 1998 to replace the model Ford Escort and be much different. Since the current year the fourth generation of this model has been produced.

Ford Focus – Its first photos (yet of the process of formation) appeared in 1995 and constituted spy photos. The car was at that time marked with the code CW170. One year after the premiere the versions sedan and combi were introduced. Technological novelty introduced by Ford was an independent, multi-link rear suspension. Yet 3 years after the premiere, the car was subject to face lifting. What changed? I.a. a satellite navigation and xenon headlights were introduced and 4 years after the premiere a sport version ST170 was launched into the market. Focus was hailed as the European Car of the Year in 1999. It also received prestigious awards as „Car of the Year 1999″ in Europe and „Car of the Year 2000″.
Second generation appeared in 2004 and the third one in 2011.

The car belongs to the lower middle class (segment C) and it is the best-selling model of the brand Ford. Once it was the most often chosen car in the world.

What is Focus distinguished by? Great handling, failure-free gas engines, among which the one built with assistance of the company PSA – 1.6 TDCi deserves the highest attention.
What are the most common defects? Diesel engines in which most of elements break down.
There also often appear problems with electronics and the pump.