Two seemingly identical catalysts. Same brand, same length from orifice to orifice and same color of cover. Flattened edges in both cases and stripes that extend across the entire length. Distinct recess dividing into two parts. The difference in diameter is not big enough to be able to recognize a particular model, having only one copy in front of your eyes.

What distinguishes them the most is price. Here the difference is very noticeable for our pocket if we want to go to purchase and cash in a catalyst that is no longer usable in our car.

Today we will tell you how to distinguish them and what is the value of individual models presented in the picture above.

The first catalyst is probably known to motoring fans who follow our website and fanpage, number 3 + 4 / + strips probe, which was on the honorable list TOP10 most expensive catalysts.

The catalyst weighs together with the lid weighs 3 757 g, and the weight of the cartridge itself is 1.116 kg. The length from the orifice is 42.5 cm, and the diameter at the widest point is 11.5 cm. Today (i.e. August 23, 2019) its retail price is PLN 2,573.10. We should remember, however, that this price changes daily (due to changes in the precious metal exchange rate), and its current value can be checked in our price list.

This catalyst has clearly visible transverse stripes – 3 in one part, 4 in the other. There are 7 stripes in total. It was mounted in Honda Accord.

The second model is a slightly less known number catalyst 4 + 5 stripes / probe / civic. It weighs 2 832 g, and therefore weighs less than a kilogram less than its predecessor. Like the Accord model, it measures 42.5 cm in length. The diameter of the catalyst is 10 cm. The weight of the insert itself is 0.83 kg. Retail price on August 23, 2019. it’s PLN 860. Its value is almost 3 times smaller than the model 3 + 4 / stripes + probe. Price changes can be followed in the brand price list Honda and on the model page. 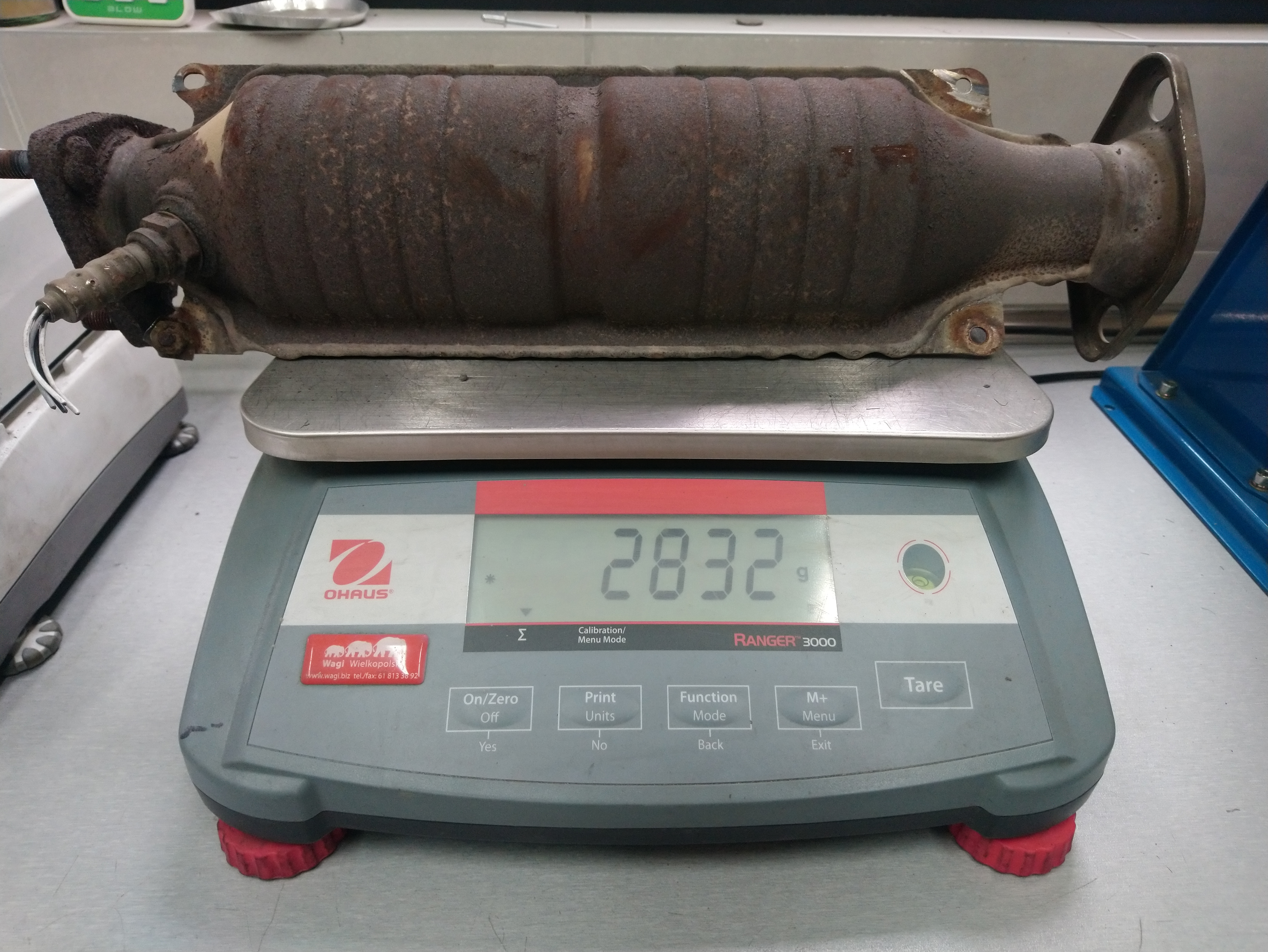 As you can see, despite the fact that the catalysts are confusingly similar to each other, they have the same color, length, flattened edges and transverse stripes characteristic for the brand, having the above knowledge we can easily distinguish them and make a proper valuation of both catalysts.

Such a large price difference is primarily due to differences in content precious metals in the cartridge.