We are continuing the subject of collector catalysts. In the two previous articles, we wrote to you that they are directly connected to the engine, and their price is often understated.

The first and second part of the entry about this type of catalysts can be found on our blog.

This time we will look at a model from the Opel group, which is additionally used by other brands.

It’s about the Fiat Croma model, and the Saab 9-3. Let’s look at both.

Fiat Croma – also called Fiat 154, is a passenger car produced by Fiat between 1985 and 1996. This model can be considered a brand name card that has not been replaced by any other after the end of production. 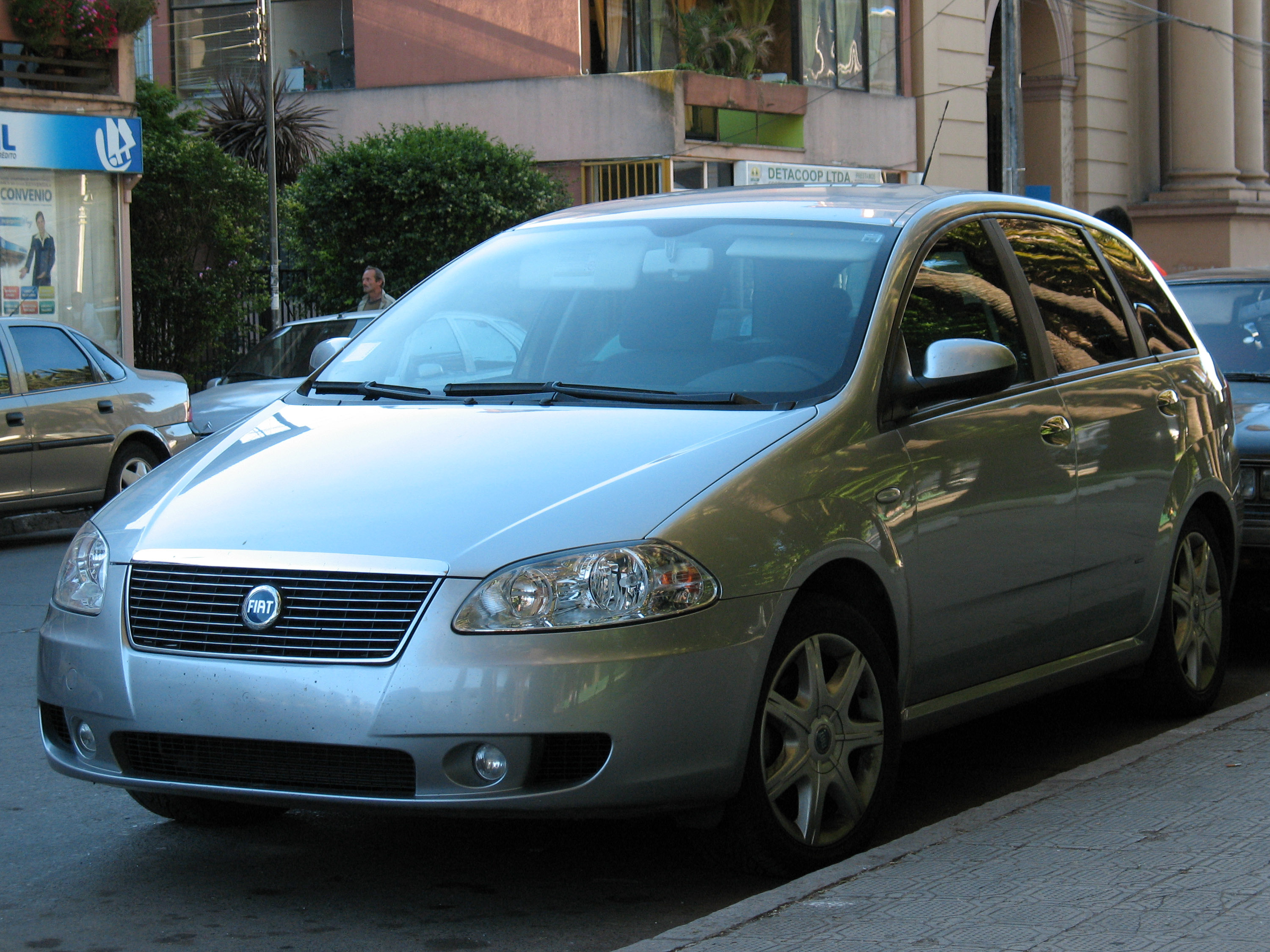 In 1985 Fiat renewed its high-class model, replacing Fiat Argenta (which remained in production for only four years, by unsatisfactory sales results), the new Fiat Croma. His debut caused the rear-wheel drive to disappear in favor of front-wheel drive. This project is also known as “Type Four” and also includes other cars: Lancia Thema, Saab 9000 and Alfa Romeo 164.

The common flagship project was the birth of Lancia Thema and Saab 9000, while in the case of Croma, the designers resorted to examining the style obtained by “deriving” from Lanci Thema, which significantly shortened design time and design costs. Exceptionally balanced and elegant line, passenger cabin comfort, versatility of tailgate and innovative concept of “VSS” guaranteed great success for Crom. In the eleven years of the commercial life of the model, about 438,000 copies were sold.

He technically shared with the other three cars the chassis, the suspensions, the skeleton of the sides, and the majority of systems (air conditioning, brake circuit) and with Thema and Saab also the door.

The design of the classic line was born in the Fiat Style Center, which entrusted the supervision of Tom Tjaard and Giorgetto Giugiaro with Italdesign, while the construction was almost completely robotic.

Initially, it was sold in various engine versions, coming from drives mounted in Argenta’s Fiat: two with classic carburetors with a capacity of 1585 and 1995 cm3, two with an injection of 1995 cm3. The list also includes diesel engines (2.5 liters) and 75 and 100 hp (2.4 liter) turbodiesel engines. A petrol version called “CHT” with a 1995 cc engine and 90 HP and Yamaha CHT system (Controlled High Turbolence – controlled turbulence) was also introduced to the market.

The range was enriched in 1988. o the first turbodiesel 2.0 engine with direct injection.

In 1991, the model underwent a facelift that rounded lines according to the fashion of those times and the new style of Fiat. The front was also modified. The engines have also been modernized over the years. Production ended after a long career, in December 1996, and the cars were not replaced by any model of a similar class.

Like Lancia Thema, Fiat Croma was also widely bought by institutions, ministries and many Italian administrations. For many copies, these were armored versions, intended for the protection of transport of public figures or judges. Among these special cars, the most well-known in the collective memory are three Croms 2.0 (white, blue and brown), which escorted Judge Giovanni Falcone, blown up in the massacre in Capaci on May 23, 1992.

Twenty years after Crom’s presentation, on May 28, 2005, Fiat began selling a new crossover – Fiat Croma, which, however, has nothing to do with his ancestor but the name.

Saab 9-3 is a car placed between the medium and high class, produced by the Swedish Saab and presented for the first time in 1998. It was the first Saab car to be fitted with a Diesel engine from the Opel add-on. In 2003, the first series gave way to the second, in the four-door sedan and in the cabriolet version. Due to poor sales results, Saab 9-3 ceased to be produced in 2013. 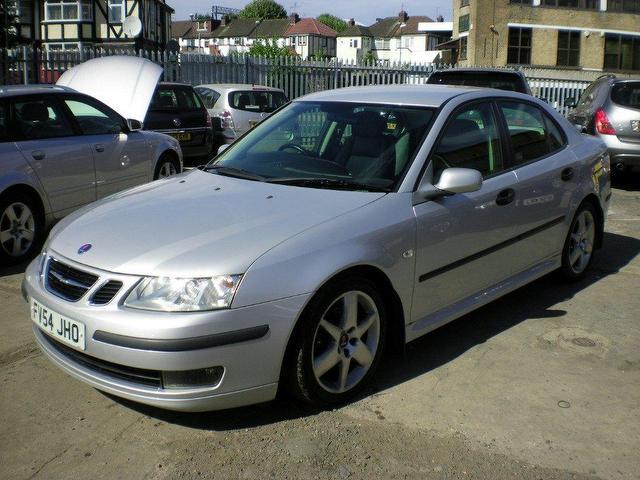 The first series produced comes directly from the Saab 900 of the second series, whose main features have been preserved, but after numerous modifications.

Modifications of the body mainly concerned aerodynamic profiles, both side and bumpers. A plastic console was removed from the rear door between the lights to make room for the new license plate holder. The steering wheel has also been changed to a multifunctional with 4 spokes. The rest are improvements to electronics and mechanics, including front and hydraulic clutch.

Model 9-3 was produced in the estate and coupé versions (3 or 5 doors) and in the convertible version. All versions were available in the S, SE and AERO equipment.

In Euro NCAP tests, the model received 4 stars in terms of safety for adult passengers.

In 1999, the company presents a special sport version – Viggen. It was characterized by a two-color blue / black, orange-black interior, or two different shades of gray and a new body, partly used later also in the Aero version.

The second version 9-3 was presented at the Detroit Motor Show in early 2002 with radical changes in both aesthetics and engines. The main differences that distinguished it from the previous series are the abandonment of a 5-door body with a tailgate and a strongly inclined tail, in favor of a classic 3-volume and 4-door (with an aluminum engine hood) and a combo version called SportHatch. The 9-3 car was designed on the General Motors GM Epsilon platform.

When it comes to diesel engines, initially the Opel engine was maintained and later replaced by Fiat engines and common engines with other General Motors vehicles. Versions available for Sport Sedan and SportHatch to Linear, Artik, Vector and Aero; while there are Linear, Vector and Aero in the convertible.

Particular attention was paid to the car safety profile due to the presentation of proprietary devices, such as active Saab head restraints (SAHR II), as well as the use of standard solutions such as ABS, EBD, TCS, ESP, CBC, BTC.

At the beginning of 2008, a new renewed series was introduced in Italy, presented in Sweden (and put up for sale on the North European market in September 2007). It was a series with an unusual front inspired by the Aero-X prototype, which brought the car closer to the top model 9-5. Among other aesthetic qualities, the modified rear and front lights with LED lighting stand out.

In 2007, an anniversary version was created for the 60th anniversary of Saab. They differ with the basic version, including wheel sizes, black leather sports seats, and a few other details

At the Geneva Motor Show in 2009, the Saab 9-3X was presented. This is an off-road variant of the 9-3 Sport Hatch XWD. Some Saab 9-3 models have been modified to compete in the rallycross championships, achieving excellent results, such as the victory in the European championship in 1999 with the Swedish driver Per Eklund.

Since the first release, the car has won many awards among specialist magazines around the world, but above all it is reported as one of the safest cars by control bodies, both European (Euro NCAP) and US (American IIHS).

In Euro NCAP crash tests from 2002 and 2004, he received 5 rating ratings in the protection of adult passengers.

Saab 9-3 restyling also became the basis for the creation of a different GM model, completely based on it and produced by the same Saab factory. The model was Cadillac BLS. However, his fate was less fortunate than his Swedish cousin.