Catalysts number GM18 are used in exhaust systems by the Opel brand. They are extremely popular on the buying market. A symmetrical, oblong and slightly rounded shape is characteristic for them. One of the outlets is longer and slightly narrower. They measure about half a meter, and their weight approaches 1.80 kg. One of the GM18 models is GM18/90500649, which served as an example today. On 15/02/2019, its retail value in the catalog is PLN 219.83 (EUR 50.65). 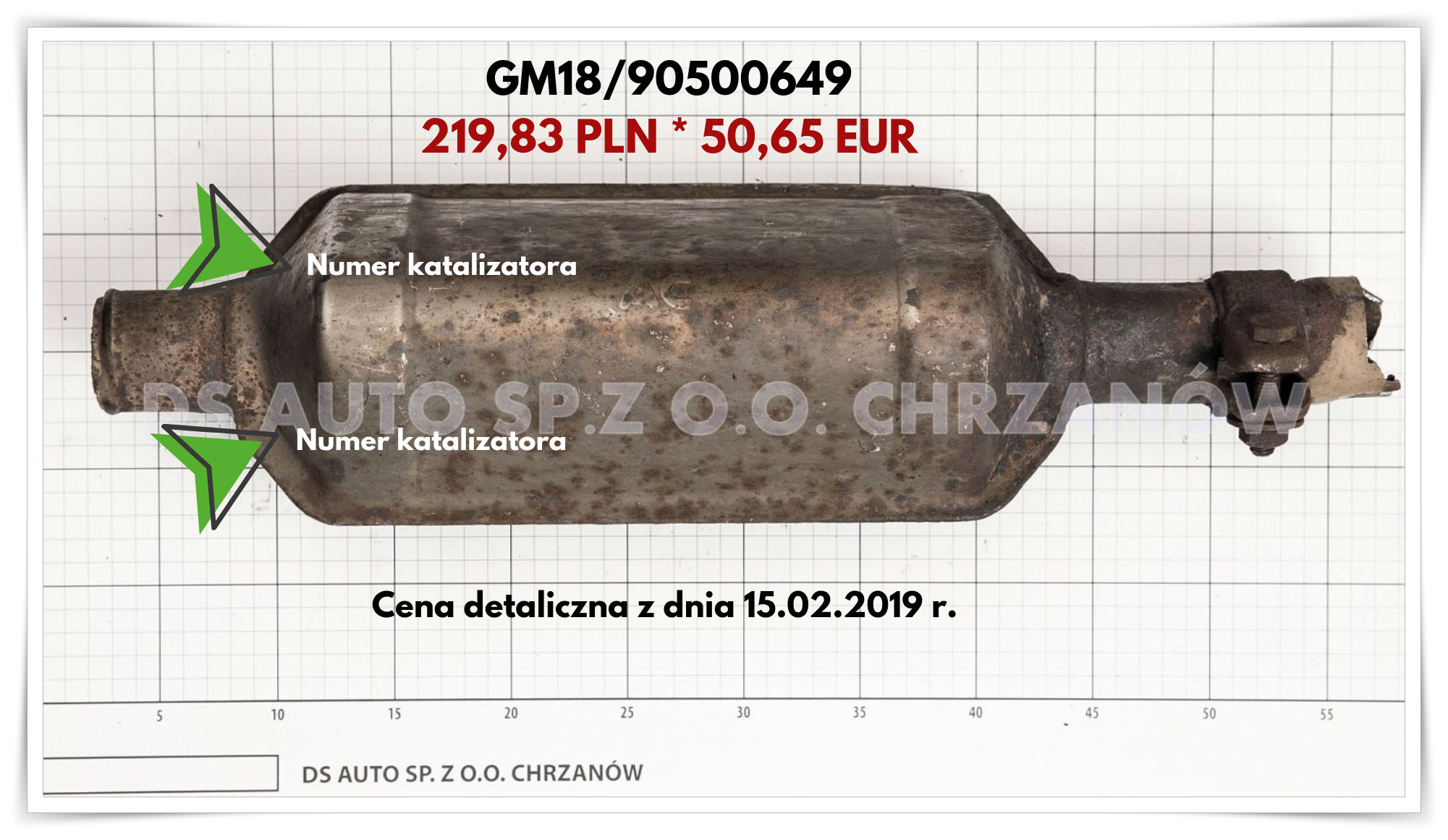 They were used in the Opel Vectra 1.6 model with a 1997 gasoline engine. 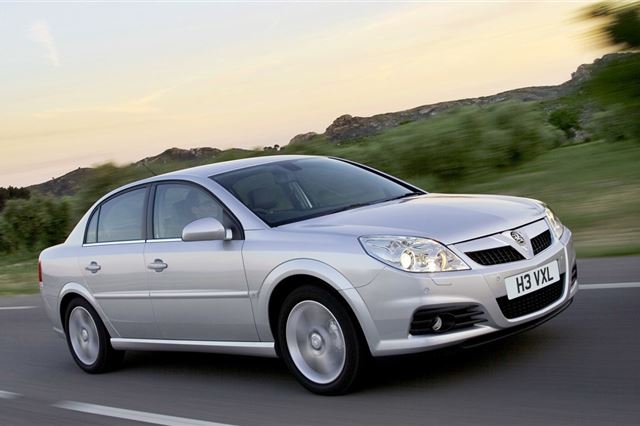 Vectra is considered a large family car. This car from the D segment was created by the well-known German brand, Opel. In Britain, Vectra was sold as Vauxhall – first Vauxhall Cavalier, then from 95 ‘as Vauxhall Vectra.

The car entered the market in 1988, being the successor of the family Ascon. The first generation – Vectra A, initially appeared in a four-door sedan and a five-door hatchback. Both Ascona and Vectra were designed by the same engineer – Wayne Cherry.

At the beginning, the engines did not have much power, and the choice ended with a capacity of 2.0 liters. The entry of the Euro I standard necessitated the replacement of version 1.4 to 1.6, but the power did not increase. In 1990, the four-wheel drive option was introduced, while three years later a limited-edition turbocharged version with 204 hp was created. It was only after a long time that the V6 2.5 l engine was introduced

In 1992, the design of the car was refreshed slightly, then the construction was strengthened and the impact resistance improved. A year later, airbags were added and a coupe appeared on the market. 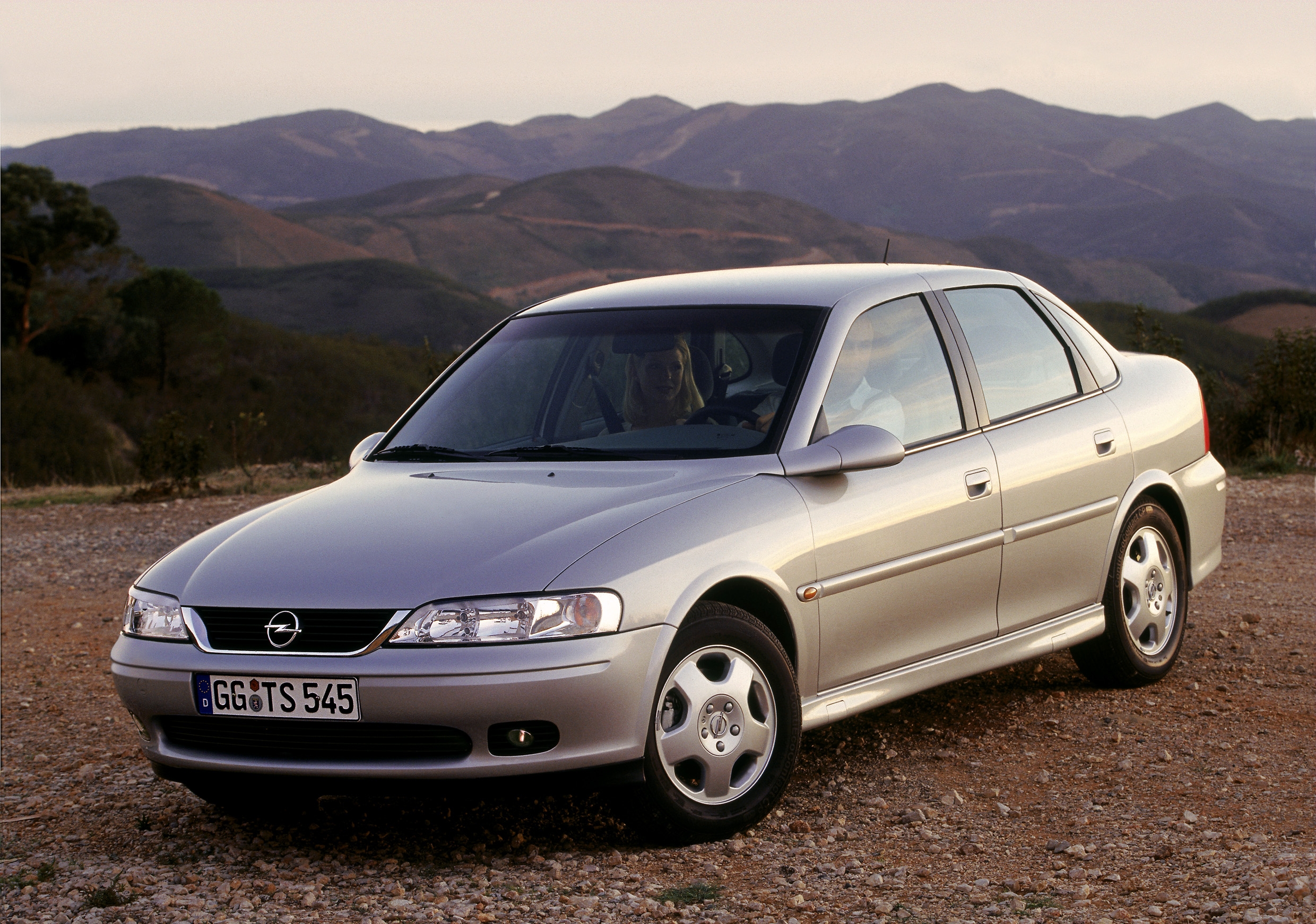 Vectra B saw the light of day for the first time in October 1994 at the Frankfurt Motor Show. However, it appeared on the roads only a year later. In 1999, face lifting was carried out, involving the modification of bumpers, front slats and lamps. The radiator grille also has a chrome dust jacket. Generation B has found its application in sport – a special version of Vectra B Super Touring has been used in many world-wide races.

Vectra C started to be produced only in 2002. It had 4 equipment versions. The car was rated positively for the quality of the body. Even those that are over a dozen years old have no visible rust. Thanks to the use of good quality materials that were used to finish, the journey is free from creaking or glitches. The only thing the drivers can complain about is the suspension sounds and the rear axle tires.

Problems can also occur with the steering system. Despite attempts to repair this element during the facelift, this issue remained the Achilles’ heel of the model.

Production ended in 2007. Vectra was replaced by Insignia, also known to everyone. Currently, the car still enjoys a lot of interest which is not strange for anyone. Design, which may not be modern, does quite well in today’s realities. 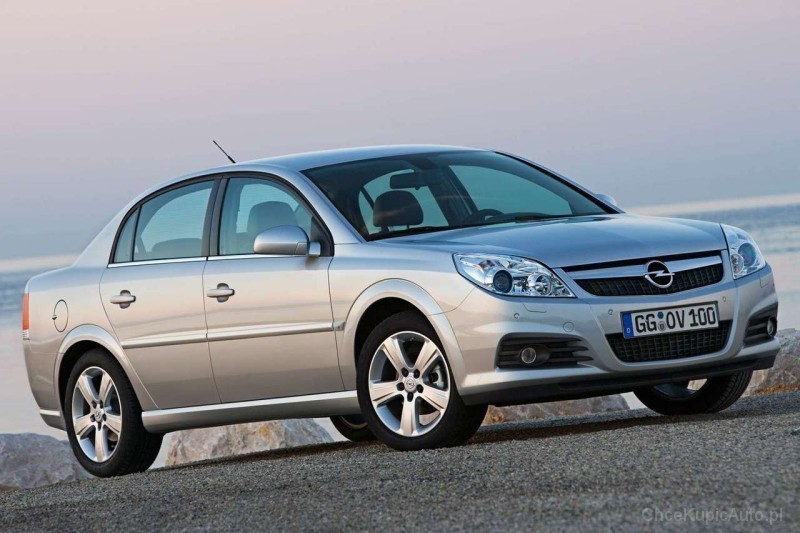 The first Opel models were perceived by many as cars for older people. Vectra was meant to be an attempt to break this brand image.

With this car we probably will not have major problems with repairs and obtaining spare parts. Experts emphasize that regular servicing and repair of even the smallest defects will significantly facilitate operation.

Do you have a used catalyst from Vectra? Check their current value in the Opel catalog.

You can sell the catalyst at the price of the catalog at the nearest collection point.